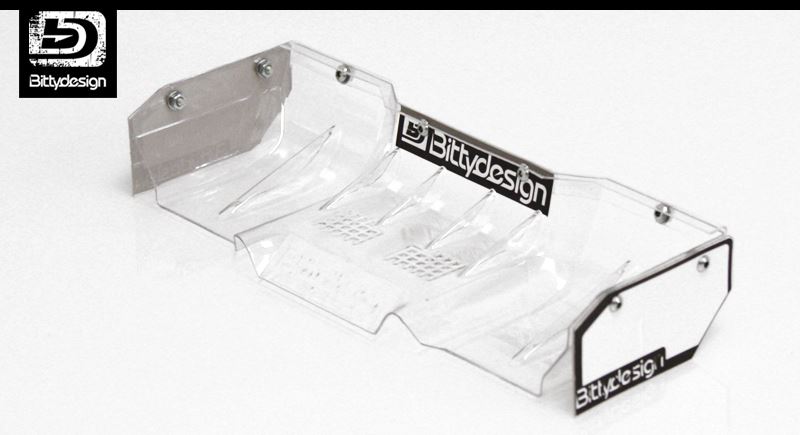 Fabrikant Bittydesign
Beschikbaarheid artikel:   5 op voorraad
Levertijd:
€ 14,90
Stel een vraag over dit artikel
The wing itself is the product of many months of careful engineering, development, testing and prototypes.   The "Zefirus" has been designed with modern and cool forms and it's universal so you can easily install it on all the 1/8 buggy and truggy models on the market. His main feature is the lightness, compared with the normal plastic wings the Zefirus is much more light and this generate a big help while driving because the lower mass suspended make the car faster in the small and low speed corners and at same time very stable in the high speed sections. The downforce generated by the wing is very high and the driver can tune it with different possibilities, simply installing an additional wickerbill / gurney flap (to cut long or short) as well as side bulkheads that help clean the air vortices that are created behind the wing. Both of these additional elements may not even be installed, in this case the wing will generate less dowforce but will by extremely lightweight. The wing comes complete with decal sheet, screws/nuts to fix the additional parts; the wickerbill / gurney flap and the side bulkheads are included in the kit.